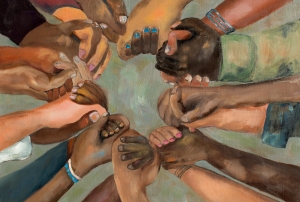 Max Roser, economist, geoscientist, philosopher, Founder and Program Director, Our World in Data: To see where we are coming from we must go far back in time. When you only consider what the world looked during our life time it is easy to make the mistake of thinking of the world as relatively static – the rich, healthy and educated parts of the world here and the poor, uneducated, sick regions there – and to falsely conclude that it always was like that and that it always will be like that. In 1950 two-thirds of the world were living in extreme poverty; in 1981 it was still 42%. In 2015 – the last year for which we currently have data – the share of the world population in extreme poverty has fallen below 10%. That is a huge achievement, for me as a researcher who focuses on growth and inequality maybe the biggest achievement of all in the last two centuries. 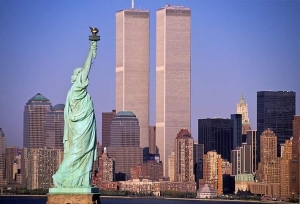 Congress Woman, Alexandria Ocasio-Cortez, D, NY launched her Green New Deal February 7, 2019. It is by far the largest plan ever for the United States government to take control of most aspects of every American's life and spend tremendous amounts of money that doesn't exist. It would far surpass the artificial economies of Communist China and the Soviet Union. This is a massive transformation of American society with clear goals and timeline. The Green New Deal resolution is a 10-year plan to mobilize every aspect of American society at a scale never seen before. It aims to achieve net-zero greenhouse gas emissions and create economic prosperity for all. This is preposterous: If implemented, it will replace the unmatched successful capitalism economic model with a profoundly failed socialism economic model. It will obliterate the American currency, which is already seriously compromised by four decades of accumulating a 20 trillion dollar national debt. It will exceed this national debt many times over.

One percent own 50 percent of wealth (David Meyer) USofA

David Meyer, writer for Fortune: The richest 1% now owns more than half of all the world’s household wealth, according to analysts at Credit Suisse. And they say inequality is only going to get worse over the coming years, with millennials having a particularly tough time. Essentially, millennials are more likely to be unemployed or earning less, priced out of the housing market, and unable to get a pension. Baby boomers have most of the wealth and the housing, so “millennials are doing less well than their parents at the same age.”

Christiana Figueres, United Nations official admitted that the Global Warming conspiracy set by the U.N.’s Framework Convention on Climate Change, of which she is the executive secretary, has a goal not of environmental activists to save the world from ecological calamity, but to destroy capitalism.