Both uranium and thorium (56)

James Kennedy, President at ThREE Consulting & ThREEM3, John Kutsch, President, Thorium Energy Alliance:Heavy rare earths and Thorium are found together in nature. The most common and abundant source of heavy rare earths, Monazite, is currently diverted into mine-waste tailings lakes across the U.S., Canada and Brazil because of its companion element Thorium. The U.S. must address Thorium before it can develop a domestic rare earth supply chain for heavy rare earths. U.S. policy on Thorium is the basis for China’s monopoly control of rare earths. With the creation of a privately funded Centralized Rare Earth Refinery and Thorium Bank the U.S. can become independent in both Rare Earths and Energy.

Brian Wang: China was planning to use Westinghouse AP1000 and French EPR (Evolutionary Power Reactor) nuclear reactors. China normally completes nuclear reactors in 4-5 years and at a half or a third of the price of nuclear construction in the USA and Europe. China just finished its first EPR reactor but it was five years late and about double the budget. China has also completed several AP1000 reactors but there were delays and budget overruns as well. Westinghouse and Toshiba went into Chapter 11 bankruptcy in 2017.

Bill Gates has a clear vision of a better world through working together for peace, prosperity, plentiful energy, good education, strong economies and respect for the environment. This requires advanced nuclear power technologies which he is spending billions of his hard earned fortune on to develop. Will the politicians and regulators stop holding nuclear back?

Wanda Munn, one of the world's outstanding women nuclear engineers: Her straight forward, clear talk and videos on nuclear energy should help people everywhere to understand the importance of nuclear for humanity, the environment and wildlife habitat. 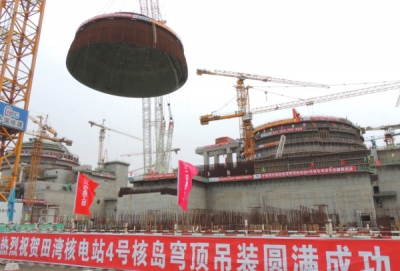 Melissa Goh, writer for CNBC: Nuclear power will grow by about 46 percent by 2040 — and more than 90 percent of the net increase will come from China and India, according to the International Energy Agency (IEA). With a shortage of fossil fuels, India is pursuing nuclear investments as an alternative to add to the country's energy mix. China's expansion of nuclear production capabilities comes amid its push toward greater energy efficiency and a diversification away from fossil fuels.

Equally important are two things that this article does not talk about. 1) The growth numbers for nuclear are still small compared to China's, India's and the world's total energy usage. 2) Almost no nuclear power growth is forecast for the rest of the world.

Anti-nuclear forces and their partners in government are prevailing for the moment, making countries disastrously dependent on wind, solar and foreign fossil fuels. This could lead to the collapse of Western Civilization. Other countries will be able to take over the world without much military action needed, when the West has little control over their energy supplies. The United States allows itself to be occupied with a case before the Supreme Court where "a few children" insist on stopping use of fossil fuels. Vaclav Smil in his book, "Energy and Civilization," makes perfectly clear how important fossil fuels are. But these particularly privileged children and their legal and scientific handlers demand that the whole world abandon these tremendous energy resources.

Published in Both uranium and thorium 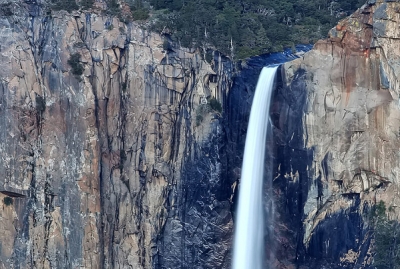 Senator Lisa Murkowski, Alaska: As our nuclear leadership declines, we are simultaneously losing our ability to influence security and nonproliferation decisions. Taking our place — but not always sharing our views — are countries that could put world security interests at risk. After inventing commercial nuclear power, the U.S. has now clearly fallen behind. Yet we can still turn the tide and restore our influence, particularly if we pursue the development of advanced reactors.

Brian Wang: China already generates 60% more electricity than the USA in 2018. China plans to double this by 2030. China wants to increase from 3-4% nuclear power for electricity to 10%. This will mean 300 GW of electricity in 2030. This would be about triple the US generation of nuclear electricity. Starting in 2010, China is now working on two very different thorium based molten salt reactor programs. One is based on liquid fuel, the other on molten salt cooled solid fuel. Both are designed for specific application areas.

Published in Thorium fueled
Tagged under:

Axios, Zachary Basu: If China achieves the targets outlined in its Energy Development Strategy Action Plan, it will become the world's nuclear energy leader and fundamentally change the global trajectory of the nuclear power industry.

Published in Uranium fueled
Tagged under:

Nikkei Asian News, Tomoyo Ogawa: Russia accounts for 67% of the world's nuclear plant deals currently in development. By 2030, Rosatom aims to increase its overseas sales to two-thirds of total sales, from 50% currently. Russia is looking to expand its influence through nuclear diplomacy, vying with China for the status of nuclear energy superpower. China is adding nuclear power as fast as possible and will compete globally in the future. The United States is under the thumb of anti-nuclear organizations and go along media and elected officials. California wants to employ mostly wind and solar power. Richard McPherson, member of the Board of Advisors for EFN-USA reported this story.

Published in Uranium fueled
Tagged under: