Charles Pennington, consultant in spent nuclear fuel storage/transport and radiological design and licensing. Jeffrey Siegel, President and CEO of Nuclear Physics Enterprises.: As we all know, the data supporting the LNT model have long purported to show, from low-dose ionizing radiation data and analyses at Hiroshima and Nagasaki, the "proof" (or at least justification) of the LNT model. That model has been on a respected pedestal for decades, but with some rebuttal/refutation. We have attempted to remove it from this undeservedly exalted position and essentially undermine it using its own data (LNT is false - linearity at low dose is nonexistent and there is a threshold) and we also highlight other significant causalities more likely to be responsible for the LSS carcinogenesis than low-dose radiation exposure.

Charles Sanders, Ph.D. radiobiologist: Dr. Sanders’ book is a single-author monograph dealing with the topic of hormesis from a historical perspective, epidemiological data of a bomb survivor, high-background areas, and medical uses. The birth of linear no-threshold (LNT) as a paradigm for radiation protection according to the author is based on the “radiophobia” whipped up by regulators. 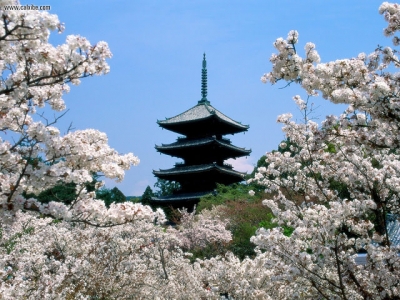 Fukushima - The Ressponse was Worse than the Event (Malcom Grimstone) UK
30.Oct.2018 Written by John Shanahan

Malcolm Grimston, Honorary Senior Research Fellow, Imperial College, London: In physical terms Fukushima was a middle-ranking industrial accident of the kind that happens perhaps eight to ten times each year round the world. The response, and especially the irrational prevention of people from returning to their homes in areas where there was hardly any contamination, turned it into a serious human tragedy.

Mohn Doss, Medical Physicist in Diagnostic Imaging: Mohan Doss and Edward Calabrese with life time careers studying low dose radiation and low dose toxins are ignored by this writer for Discover Magazine. Instead he focuses on trying to convince his readers that low dose radiation is dangerous and should not be used or tolerated in modern society. He ignores all the benefits of low dose radiation in diagnostic and therapeutic nuclear medicine and in having affordable and safe nuclear energy. That's what the media so often does. Very unfortunate.

John Dunn, MD, JD: The United States Environmental Protection Agency is charged with identifying and mitigating environmental risks. This article discusses US EPA’s misguided decision to use the Linear-No-Threshold (LNT) cancer risk model as a basis for regulating exposure of the public to ionizing radiation such as is associated with residential radon. The Health Physics Society has stated that reliance on the LNT model “…tends to foment the public’s fear of all types of radiation . . . reliance on the LNT model, especially at very low doses and dose rates, is inappropriate and can exaggerate the risk.” The HPS also condemns “collective” (cumulative) dose as a measure of radiation health risk.

Leon Louw, lawyer, economist, Executive Director of Free Market Foundation in South Africa, Director - Regulatory Affairs for Nuclear Africa (Pty) Ltd and Bonne Posma, physicist, Chairman, Nuclear Africa (Pty) Ltd, Founder, Saminco (USA) specializing in electric propulsion systems for off-road vehicles and underground mining conveyances. The nature and risks of nuclear radiation are widely misunderstood from the most advanced society to the least sophisticated societies. Many view nuclear radiation as they view ghosts and spirits. People who fear what they regard as ominous phenomena generally have difficulty explaining why. This facilitates the promotion by scaremongers of irrational fear. During the era of nuclear weapons testing, radiation fear mushroomed. It endures despite the fact that, for over half a century, 450 water-moderated nuclear power plants delivered millions of terawatt hours of electricity without a single radiation fatality.

Howard Cork Hayden, Emeritus Physics Professor, University of Connecticut: This article was presented at the ANS - HPS Joint Topical Conference on LNT, Linear No-Threshold Model and Cumulative Dose. It is a straightforward proof that radiation dose is not a cumulative measurement.