James Lovelock, PhD in Medicine, Chemist, Independent Scientist, Environmentalist. While working for NASA in the 1960s, concerned with detecting life on Mars he presented the Gaia hypothesis which proposes that living and non-living parts of the Earth form a complex interacting system that can be thought of as a single organism. He came to think that use of fossil fuels would produce catastrophic man-made global warming. In September 2017 he announced that he changed his mind. Environmentalism has gone too far; renewable energy is a disaster; the planet is not going to end any time soon; and, by the way, the answer is nuclear… When some man-made climate change Alarmists learn about Lovelock's new thinking, they dismiss him as being "old." With far less scientific credentials and accomplishments, they now claim to know a lot more about man-made global warming than does this outstanding scientist they once held in high esteem.That's how Alarmists Belief Systems go. 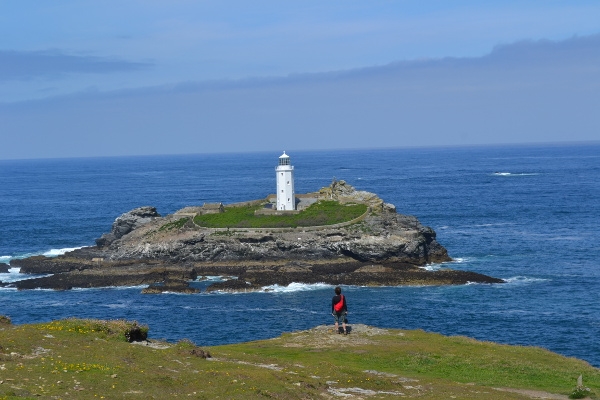 On the coast of Cornwall, England in 2013, a person concerned about man-made global warming and rising oceans looks out on the beautiful world we have today.
гороскоп на завтра
планшет купить
смешные статусы
акриловая ванна
Read 465 times Last modified on Tuesday, 19 September 2017 11:52
Tweet